The Department of Labor (“DOL”) is officially withdrawing the prior administration’s independent contractor rule.  The DOL stated that the withdraw will maintain workers’ rights to the minimum wage and overtime compensation protections of the Fair Labor Standards Act (“FSLA”).

Traditionally, the DOL used the economic-reality test to consider whether a worker is an independent contractor or employee and looked at the totality of the circumstances concerning the worker’s employment.  In comparison, the withdrawn rule applied a more limited economic-reality test that primarily considered only two factors:

By prioritizing the core factors, the DOL deemed that the withdrawn rule undermined the longstanding balancing approach of the economic realities test and court decisions requiring a review of the totality of the circumstances related to the employment relationship.

While a new rule will eventually be issued by the DOL to replace the withdrawn rule, the DOL’s main concern at this time is preserving essential workers’ rights and preventing the erosion of worker protections.  Thus, the takeaway for employers going into the future is that a new rule will most likely make it more challenging to classify workers as independent contractors. 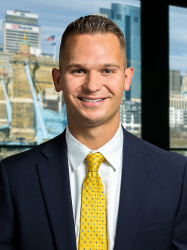