In a recent opinion, the Kentucky Supreme Court examined somewhat novel expert testimony on medical causation and found it admissible under KRE 702 and Daubert.  In Oliphant v. Ries et al., the Court of Appeals reversed a defense verdict in favor of the physician finding that testimony from an expert was not scientifically reliable under Daubert v. Merrell Dow Pharmaceuticals, Inc., the landmark case that sets forth the test for the admissibility of expert testimony.  The Supreme Court reversed the Court of Appeals finding that the testimony was reliable based on the evidence and therefore admissible.

This case involved a birth injury following a c-section and extreme blood loss to the fetus.  During discovery and trial, there was significant debate among the experts concerning when the blood loss occurred.   Relying in part on the theory of equilibrium, the defense argued that significant blood loss occurred at home when the mother testified to experiencing a “gush” of blood, thus timing the injury before delivery.  The trial record established that following a loss of blood, the cardio-vascular system takes fluids from other parts of the body to increase blood volume.  During this process, red blood cells are diluted until the body can achieve equilibrium.  All of the experts agreed that it takes two to four hours for blood volume to normalize through equilibrium in a post-birth human.  It was unknown, however, whether that same time frame applied to human fetuses.  The defense opined, based on studies of animal fetuses, that the unborn human fetus would also achieve equilibrium in two to four hours.  Using this as fact, the defense’s medical expert testified to a mathematical formula that timed the blood loss before delivery.  In addition to the mathematical formula, the expert also relied on the baby’s kidney function tests, her decreased heart rate at birth, and placental pathology findings to support his conclusion that the blood loss occurred well before delivery.  The defense also proffered testimony from other medical experts, who did not rely on the theory of equilibrium but who also timed the blood loss prior to delivery.

The Court of Appeals found that the trial court erred in admitting the testimony about the rate of equilibrium because there was, “[n]o evidentiary objective source” that supported the formula.  The court also found that the jury verdict likely would have been different absent the testimony about this mathematical formula.  On appeal, the Supreme Court rejected the notion that evidence is unreliable simply because it cannot be tested on human fetuses.  The Court stated:  “We permit scientists, using scientific principles, to extrapolate from the data they obtain from crash-test dummies and to post opinions about what would happen to a live human.”  Thus, the defense expert was permitted to rely on studies involving unborn sheep.  The Court concluded that this fact goes to the weight of the testimony, not its admissibility: “The fact that a theory cannot be tested directly on a human fetus does not mean that it lacks reliability.”  The Court also noted that not all proffered expert testimony fits neatly into the Daubert factors.  When confronted with such testimony, the Court explained, “[w]e look to whether the reliability of that theory is otherwise supported by the evidence.”   Here, the Court found it was supported by evidence in addition to the theory of equilibrium, including the testimony of several other defense experts that didn’t rely on the theory, the medical condition of the fetus at birth, and the baby’s medical course thereafter.

This is an important decision for civil litigators who often rely on medical theories of causation.  This case sets forth a test for the admissibility of expert testimony when the Daubert factors simply don’t seem to address the expert testimony at issue.

Ellen Houston is a Partner in the law firm of Dressman Benzinger LaVelle, with offices in Cincinnati, Ohio, Crestview Hills, Kentucky, and Louisville, Kentucky. 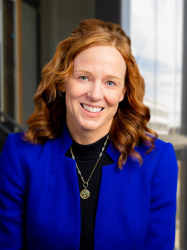