Ordinarily, companies are not required to disclose negotiations about potential mergers until a definitive agreement has been reached.  However, the Eleventh Circuit recently found, in Finnerty v. Stiefel Laboratories, that a company could have a duty to disclose such negotiations in certain circumstances.

In Finnerty, a former employee (Finnerty) of a corporation (Stiefel) received notice that he was entitled to benefits under the company’s stock bonus program.  As part of the program, Finnerty had the option, at any point, to direct the company to buy the stock back at fair market value.  Finnerty exercised the option and two months later, Stiefel was bought by a larger pharmaceutical company.  At the time Finnerty exercised his option, his shares were worth approximately $16,469.00 per share.  However, following the merger, Stiefel’s shares increased in value to $69,705.00 per share. Finnerty filed suit, arguing that Stiefel had deceived him and made multiple misrepresentations considering the likelihood of a merger.  In the years prior, the company had made several statements regarding the great pride it had in being privately owned.  Further, shortly before the merger was completed, the company’s officers informed employees that it had been in the Stiefel family for 160 years and there was no plan to change that.

The Securities and Exchange Commission (SEC) urged the Court not to accept Stiefel’s contention that upholding the judgment would compel companies to disclose all preliminary discussions prior to a merger.  The SEC argued “[o]nly material merger negotiations need to be disclosed, and materiality is a fact-specific inquiry that depends on the ‘total mix’ of information available ‘under all circumstances’ in any particular case.”  The Commission further argued that the company had a duty to inform or abstain from buying back shares from employees based on material nonpublic information.

Ultimately, the Eleventh Circuit relied on the statements made by Stiegel to its employees, as well as the arguments set forth by Finnerty and the SEC, to conclude that the company did have a duty to disclose merger discussions to Finnerty.  The Finnerty decision makes clear that federal courts are willing to impose disclosure requirements on corporations in certain circumstances—specifically, when a corporation represents to its shareholders the improbability of a merger or acquisition and subsequently engages in such conduct.

Aaron Caskey is an attorney in the law firm of Dressman Benzinger LaVelle, with offices in Cincinnati, Ohio, Crestview Hills, Kentucky, and Louisville, Kentucky. 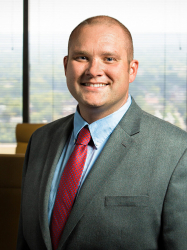