Although markedly different in purpose and nature, commercial general liability (CGL) and builder’s risk insurance products are both critical for construction professionals concerned with managing risk.

CGL insurance covers liabilities arising out of claims made against the insured as a result of the insured’s business activities.  A CGL insurer owes two duties to its insured with respect to covered claims: a duty to defend and a duty to indemnify.  To illustrate, imagine that a crane operator inadvertently caused a wrecking ball to collide with a billboard adjacent to a construction site.  As a result, the billboard is destroyed and a passerby is injured by falling debris.  In this scenario, the crane operator may demand that the CGL carrier provide it with a defense in lawsuits filed by the billboard owner and the injured passerby (the duty to defend) and also demand that the carrier pay the costs of replacing the billboard and the medical expenses of the injured person if a court determines that the operator was at fault (the duty to indemnify).

In summary, CGL and builder’s risk coverages are significantly different and vital components of a construction professional’s plan to manage risk.  Therefore, careful attention must be paid to the conditions and exclusions contained in CGL and builder’s risk policies when negotiating and obtaining these products from an insurance agent or carrier.

Christopher Markus is a Partner in the law firm of Dressman Benzinger LaVelle, with offices in Cincinnati, Ohio, Crestview Hills, Kentucky, and Louisville, Kentucky. 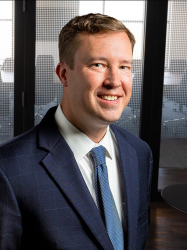