Governor Matt Bevin has signed House Bill 11 into law, adopting provisions of the Uniform Power of Attorney Act of 2006 and creating new power of attorney standards in Kentucky. The provisions go into effect July 14, 2018.

The proper execution of a power of attorney requires the principal, or a representative, to sign the document in the presence of two disinterested witnesses. The signature is presumed genuine if the principal acknowledges the signature before a notary public or other individual authorized by law to take acknowledgments.  A power of attorney can become effective either when it is executed, at a future specified date, or upon the occurrence of a future event or contingency. Upon the execution of an acknowledged power of attorney, a person should either accept it or request a certification, translation, or opinion of counsel no later than seven days after its presentation for acceptance.  A person will be court ordered to accept the power of attorney and pay reasonable attorney’s fees and costs for the time spent confirming the validity of the power if they refuse to accept an acknowledge power of attorney without a valid exception.

An agent has many duties including acting within the principal’s reasonable expectations, in good faith, and within the scope of authority granted. They should also act loyally, impartially, with care, competence, and diligence, keep records of all transactions, cooperate with a health-care surrogate, and preserve the principal’s estate plans. Principals are allowed to include provisions eliminating an agent’s liability. However, these provisions will not be enforceable if they eliminate liability for breaches committed in dishonesty, with an improper motive or reckless indifference, or were written as a result of abuse of a confidential or fiduciary relationship.

A principal may designate two or more individuals as co-agents and one or more successor agent(s). Co-agents exercise authority independently unless otherwise provided. Successor agents act with the same authority as an agent but only after all predecessor agents have re-signed, died, or become incapacitated. An agent will not be liable for the actions of other agents unless they have actual knowledge of the breach of fiduciary duty or have concealed the breach. 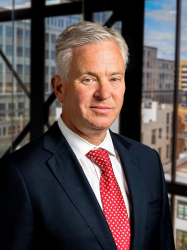