Ohio’s new limited liability company act became effective February 11, 2022 and is a complete replacement of Ohio’s LLC law based on the American Bar Association’s prototype LLC act. The  replacement law is codified as new Chapter 1706 (the “New Act”) and the former act, known as Chapter 1705 (“Old Act”), has been entirely repealed. The New Act will govern all LLCs whether formed before or after the effective date of the New Act including foreign LLCs qualified to do business in Ohio. See ORC 1706.06(E). A hallmark of the New Act is that it is to be construed to give maximum effect to the principles of freedom of contract and the enforceability of operating agreements. ORC § 1706.06(A).

This article discusses the planning flexibility provided by the New Act, as well as the potential “traps for the unwary” presented by the New Act’s default provisions. Drafters of the New Act emphasize that its contents are generally “default” provisions, which are applicable only to the extent that an LLC has not adopted an operating agreement with contradictory terms. The New Act’s “default” provisions are those rules that are applicable under the New Act as it currently exists without modification by a company’s operating agreement.

Flexibility: The New Act eliminates many concepts that currently exist under Ohio’s present act, such as the distinction between member-managed and manager-managed LLCs, in favor of promoting “freedom of contract.” In this manner, the parties are free to structure the terms of their agreement as works best for them, and whether or not the management structures include managers, directors, officers, or otherwise. See §1706.01(O). The New Act permits business owners and investors the flexibility to override a great many of the default rules under the former act by express provisions of the company’s operating agreement.

The New Act provides an Ohio limited liability company the flexibility to: (a) institute any governing structure (think, corporate-style with a board of directors, officers and shareholders; a board of managers with officers and members; members with officers or members only, etc.) and (b) to expressly provide actual authority to certain persons or entities to bind the LLC as set forth in the operating agreement, or via a statement of authority filed with the Ohio Secretary of State. See ORC §1706.19.

Trap: Voting on Per Capita Basis vs. Voting in Proportion to Capital Contributions.  If the management structure is not addressed in the operating agreement, then the default rules for management and authority under the New Act will apply. The default rules vest the authority for the affairs of the LLC in its members. However, under the New Act, matters in the ordinary course of the LLC’s business are decided by a majority of the members on a per capita basis, that is, ‘one person, one vote’ [see ORC §1706.30(B)(1)] rather than in proportion to each member’s contribution to capital as provided under the Old Act. Making decisions on a ‘one person, one vote’ basis stands in harsh contrast to making business decisions in proportion to each member’s capital contribution, which is the way that most Ohio LLCs have been traditionally structured, and the method preferred by most business people. Exceptions to the default rule of per capita majority voting is that a unanimous vote is required to: (a) amend the operating agreement; (b) file a petition under federal bankruptcy, or state insolvency law for the LLC; (c) undertake any act outside of the ordinary course of the LLC’s business; or (d) undertake, authorize or approve any other act that requires the consent of all members under the New Act. See ORC §1706.30(C)(1)(a-d).

Trap: All Members Share Equally in Distributions (except during Wind-Up) vs. Sharing in Proportion to Capital Contributions. The default rules under the New Act require that all members share equally in any cash or other distributions made by the company. See ORC §1706.29(A)(1). Again, these default rules run contrary to the objectives of most business people who seek to exercise control commensurate with each member’s capital contribution. Therefore, it becomes vitally important that  owners and investors who make substantial contributions of capital to a company have competent legal  advisors familiar with the New Act that will draft an operating agreement to negate the adverse effects of the default rules under the New Act and that give owners and investors a stake in governance and in distributions proportionate with their capital contributions.

Business owners and investors that make substantial contributions to capital to a LLC will want to avoid the default rules calling for: (i) a per capita head count to decide management authority issues, and

Flexibility: The New Act allows owners to tailor the fiduciary duties of the members, managers or other parties, to their specific needs, or to eliminate them entirely, including the duty of loyalty and the duty of care. See ORC §1706.31 and §1706.311. At times, there may be passive investors in an operating company or a real estate holding company, and such investors will often participate in several passive investments spread among other investment companies and seek to avoid any duties to present business opportunities to or to refrain from competing with the company. For these and other reasons, it can be helpful for drafters to freely add or eliminate fiduciary duties.

Investors that form LLCs are frequently serial entrepreneurs that seek to have flexibility in their investments to freely choose investment partners and exploit ideas that now or later, may or may not be in conflict with another investment that they hold. This conflict can evolve over time. For this reason, some operating agreements alter the duty of loyalty that a member owes to the company or to fellow members to permit competition by the member (or that member’s affiliates) with the company and fellow members.

The default rules for a manager’s fiduciary duties include the duty of loyalty and the duty of care. ORC §1706.311(A). However, the appointment of one or more managers for a LLC has the effect to eliminate the fiduciary duty of loyalty and the duty of care for the underlying members of that company. ORC 1706.31(A). When one or more managers are named in an operating agreement, the New Act provides that the underlying members of that LLC are bound only by an implied duty of good faith and fair dealing other than such member’s typical obligations to discharge their duties to the LLC and the other members as provided under the operating agreement and the law generally. ORC §1706.31(E).

If a LLC does not have managers, the default rules require that the members owe duties of care and of loyalty to the company and to other members. ORC §1706.31(B).

“(C) A member’s duty of loyalty to the limited liability company and the other members is limited to               the following:

Notably, under the New Act, the default rules for members establish a rather low standard for the duty of care amounting to gross negligence, reckless conduct, intentional misconduct, or a knowing violation of law, to amount to a breach of the duty of care.  ORC §1706.31(D). In contrast, the duty of care for a manager in conducting the affairs of the company is limited to acting in good faith, in a manner the manager reasonably believes to be in and not opposed to the best interests of the LLC. ORC §1706.311(C).

The New Act and the Old Act both prohibit elimination of the implied covenant of good faith and  fair dealing. See ORC §1706.31(E). Strictly speaking, these implied covenants are not fiduciary duties but they should not be overlooked. The Ohio Supreme Court has noted that good faith “is a compact reference to an implied undertaking not to take opportunistic advantage in a way that could have not been contemplated at the time of drafting, and which therefore was not resolved explicitly by the parties.” Ed Schory & Sons, Inc. v. Soc. Natl. Bank, 75 Ohio St.3d 433, 443, (1996); Restatement of the Law 2d, Contracts, Section 205 (1981). While the meaning of such implied covenants may be discerned from Ohio common law, drafters are free to further delineate the meaning of these covenants in the company’s operating agreement, if desired.

A member’s position of control in the LLC will determine if the fiduciary default rules amount to a trap for the unwary or provide flexibility for that member’s position. A minority owner will want to expand fiduciary duties on the controlling members to preserve the minority owner’s rights while controlling investors will seek to reduce or eliminate fiduciary duties to limit their exposure for business decisions made on behalf of the LLC.

Penalties for Failure to Perform

The New Act expressly permits a company to set forth in its operating agreement certain penalties and consequences if a member breaches the operating agreement or upon occurrence of a certain event. Examples of such penalties include, without limitation: (a) reducing or eliminating a defaulting member’s interest, (b) forcing a sale of the member’s or assignee’s interest in the LLC, (c) setting a value for the defaulting member’s interest in the LLC by appraisal or formula and forcing a redemption or sale, or (d) subordinating a member’s or assignee’s membership interest to that of non-defaulting members or assignees (usu. in terms of cash distributions, sale proceeds or liquidation rights). See ORC § 1706.08 (B)(4) and (5). Such penalties could be useful upon a member’s default in the event of a company call for additional capital authorized in accordance with the operating agreement.

The New Act authorizes formation of or reorganization into series LLCs that contain one or more separate series. Each series may establish its own distinct name, its own members, purpose, management, assets, duties, rights, liabilities, and powers. The advantage of forming a series LLC is that is provides a high level of protection for assets held by an individual series from the liabilities of the other series or the master LLC. For a series LLC to be provided these protections, the articles of organization and the operating agreement of the series LLC must contain specific provisions regarding the establishment and separateness of each series. Furthermore, each series must keep and maintain consistently separate records for each series.

In summary, entity formation, including drafting of LLC operating agreements, are important aspects of business planning. Navigating Ohio’s new LLC law and its default rules can result in unintended consequences if your advisor is not familiar with this new law. The attorneys at DBL Law have the experience and unique abilities to help you understand and avoid traps for the unwary in Ohio’s New LLC law. Please contact us for your business law and real estate needs in Ohio, Kentucky and regionally. Feel free to contact Drew Emmert at (513) 357-5289 or aemmert@dbllaw.com. 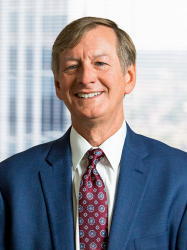