On June 17, 2021, the Kentucky Supreme Court upheld the General Assembly’s 2018 expansion of Kentucky’s peer review privilege by interpreting KRS 311.477 as “render[ing] privileged any documents created by an entity engaged in the retrospective review of the professional conduct of health care providers,” including in medical malpractice cases.[1]

In Jewish Hospital v. Perry, 2020-SC-0011-MR (Ky. June 17, 2021), the Court sought to determine whether a root-cause analysis report fell under Kentucky’s peer review privilege statute. The real party in interest, Karen Reddington, had filed a medical negligence suit against Jewish Hospital after the death of her husband, who died from post-surgical complications while recovering from a labrum repair surgery at Jewish Hospital.

Several weeks after Mr. Reddington’s death, the then-interim risk manager initiated a root-cause analysis (RCA) process after it became apparent that Ms. Reddington intended to file a lawsuit. The purpose of the RCA was to review the cause of Mr. Reddington’s death, evaluate the care provided by the nursing staff, and ascertain whether changes in care needed to be implemented. The RCA contained the ultimate findings and opinions of a team of clinical staff members.

During discovery, the plaintiff sought production of any “incident report, sentinel event report, root cause analysis, or peer review” prepared after Mr. Reddington’s death. Jewish Hospital produced the RCA. Subsequently, the General Assembly amended Kentucky’s peer review statute in 2018 to clarify that the evidentiary privilege created by the statute applied in “any civil action… including but not limited to medical malpractice actions[.]”[2] In light of the amendments to the statute, Jewish Hospital filed a motion in limine to exclude the RCA from admission at trial. The trial court denied the motion in limine, which prompted Jewish Hospital to file an original action in the Kentucky Court of Appeals seeking a writ of prohibition.[3]

The Kentucky Court of Appeals denied the Hospital’s writ petition. The court reasoned that the Hospital was not “performing a designated professional review function when it prepared the RCA,” as required for the peer review privilege to apply under KRS 311.377.[4] Jewish Hospital appealed the denial of its petition and the Supreme Court granted review.

The Supreme Court sought to determine two issues: first, whether the 2018 amendments to KRS 311.377 could apply retroactively to the RCA, which was created and produced in discovery in 2016; and secondly, whether KRS 311.377 applied to the RCA.

With regard to retroactivity, the Court first acknowledged that under Kentucky law, statutes are not to be construed retroactively unless expressly declared.[5] Although KRS 311.377 did not contain an express statement regarding retroactivity, the Court noted that the absence of express intent did not end the inquiry. The Court explained that it had previously held that amendments to statutes governing “in-court procedures and remedies… do not come within the rule prohibiting retroactive application.”[6]  Based on this precedent, the Court sought to determine whether the amendment to KRS 311.377 was procedural or remedial. Upon review of approaches in Kentucky and other jurisdictions, the Court concluded that amendments to evidentiary privileges are procedural in nature, thereby permitting retroactive application of the statutory amendments to the RCA.[7]

Next, the Court sought to determine the scope of the privilege statute by interpreting the term “designated professional review function.”[8]  In interpreting this term, the Court explained: “Put simply, the statute renders privileged any documents created by an entity engaged in the retrospective review of the professional conduct of health care providers.”[9] Based on this broad reading of the statute, the Court held that the RCA clearly fell within the purview of the peer review privilege statute.

Notwithstanding the Court’s finding that the RCA met the facial requirements of the statute, the plaintiff argued that the statute was inapplicable to the RCA because Jewish Hospital did not demonstrate that the RCA was generated as patient safety work product made pursuant to a patient safety and quality improvement initiative. The basis for this argument was the requirement in KRS 311.377(2) that a person or entity attest to participation in a patient safety and quality improvement initiative, including a program established by the Patient Safety and Quality Improvement Act of 2005 (PSQIA).[10]  The Court held that “patient safety work product” was a term of art under PSQIA and that “KRS 311.377(2)’s broad language extends coverage to a class of documents generated by peer review committee [sic] that would not otherwise be protected under the federal statute.”[11]

The Court concluded that the General Assembly intentionally amended Kentucky’s peer review privilege statute to provide broader protection than its federal counterpart.[12] Based on the broad protections provided by the statute, the Court ultimately concluded that the RCA was privileged under KRS 311.377.

The Kentucky Supreme Court’s decision in Perry is extremely favorable to healthcare entities and providers facing medical malpractice claims under Kentucky law. The Court’s interpretation of the statute essentially provides that all documents created by a healthcare entity for purposes of retrospective review of professional conduct of healthcare providers are privileged from civil litigation. Previously, the statute was interpreted to apply only to claims against “peer review entities.”[13]

The Court’s broad application of the privilege allows healthcare providers to review adverse patient outcomes and engage in open dialogue about safety and improvements without fear that their written statements will be used against them in a later action. Ultimately, promoting candor and open dialogue in reviewing professional conduct of healthcare providers will result in safer patient care and better health outcomes.

[2] See KRS 311.377(2) (emphasis added).  Prior to the expansion of the applicability of the peer review privilege statute to “any civil action” by the 2018 amendments to the statute, the Kentucky Supreme Court had interpreted the statute very narrowly. For example, in Sisters of Charity Health System v. Raikes, the Court held that “the peer review privilege created by KRS 311.377(2) [was] limited to suits against peer review entities” and did not protect peer review from discovery in malpractice suits. 984 S.W. 2d 464, 470 (Ky. 1998).

[7] See Id. at *9-10 (citing cases from Ohio, Arizona, Michigan, Tennessee, and Texas, which held that amendments to privilege statutes were procedural in nature).

[8] See Id. at 10; KRS 311.377(2) (“At all times in performing a designated professional review function, the proceedings, records, opinions, conclusions, and recommendations of any committee, board, commission, medical staff, professional standards review organization, or other entity…shall be confidential and privileged[.]”) (emphasis added). 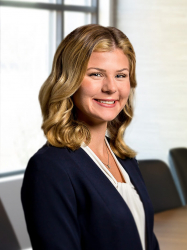