Like most sectors of the economy, the construction industry was faced with innumerable challenges resulting from the novel coronavirus.  Now, as the country attempts to move past the pandemic, those in the construction field face an entirely new challenge – soaring construction costs.  For the last several months, the costs of construction materials have continued to rise at an exorbitant rate.  Over the last 12 months, the price of hardwood lumber has increased by more than 30%, while the price of softwood lumber has increased by over 120%.  Iron and steel scrap have also increased by more than 75% during the same timeframe.

Unsurprisingly, the higher material costs have caused the total prices for construction jobs to also increase. As a result, a project previously quoted at one price is now being completed at a cost that could be tens of thousands of dollars more.  This unfortunate reality has left many contractors and owners alike asking the same question: who should bear responsibility for these additional costs?

The starting point, presuming the parties have a binding contract, is the terms agreed to by the parties therein.  Indeed, the type of contract can oftentimes dictate who is responsible for unforeseen costs.  For example, under a fixed-price contract, the risk of unforeseen costs is borne wholly by the contractor, whereas under a cost-plus contract, the owner assumes risks such as increases in prices of materials and wages or possible errors in estimating costs.  Accordingly, much can be discerned from whether the contractor agreed to build the home, building, or structure at a fixed price or on a cost-plus basis.

Even where a party may otherwise be responsible for these increased costs, it may still be entitled to relief based on other provisions included in the contract.  For example, depending on its terms, a force majeure clause may excuse a party from having to bear these additional costs.  A force majeure event is commonly considered to be an event caused by an overpowering, superior, or irresistible force, such as an act of God, which is beyond the reasonable control of the parties and cannot be avoided by the exercise of due care.  While market risks such as increased prices are not typically considered force majeure events, parties are free to set forth the terms they desire in a contract.  Thus, they can broaden the term to encompass events that may otherwise be excluded.

Other contractual provisions, such as escalator clauses, may afford similar relief to an owner or contractor.  So, too, may common law defenses like the doctrines of impossibility or commercial impracticability.  However, the applicability of these defenses is generally fact dependent and should be reviewed and considered by a licensed attorney.

In sum, while the increased costs of materials have burdened many in the construction industry, parties may not be left completely without recourse.  Contractors and owners alike should review their contractual rights and obligations to determine whether they are ultimately responsible for associated price hikes.  A licensed attorney can greatly assist in this endeavor. 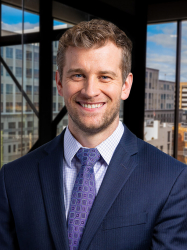