1. First, it specifically requests that federal department heads refrain from proposing or issuing new rules until a department head appointed by President Biden approves the rules with the exception of rules related to health, safety, environmental, financial, or national security matters as allowed by the Office of Management and Budget.

2. Second, it requests that rules sent but not published in the Federal Register be withdrawn for review and approval.

3. Third, it requests that the effective date of rules that have been published in the Federal Register or issued in any manner, but that have not taken effect, be postponed for 60 days for review.

The memorandum does not affect rules subject to statutory or judicial deadlines. Finally, the memorandum requests that all federal departments and agencies comply with any applicable Executive Orders concerning regulatory management.

The regulatory freeze has the potential to affect some rules finalized and announced in the final weeks of the Trump administration. These include:

2. Department of Labor Tip-Sharing Rule – This rule amended FLSA requirements for tipped workers, allowing “back-of-the-house” restaurant workers to share in gratuities. Eight states and the District of Columbia brought a lawsuit challenging this rule on January 19.

3. EEOC Conciliation Procedures Rule – The Equal Employment Opportunity Commission (EEOC) recently finalized a rule updating its conciliation program and encouraging employers to voluntarily resolve employment discrimination charges. The rule is scheduled to take effect in February. However, it is unclear whether the memorandum issued affects independent agencies such as the EEOC.

The full text of the memorandum can be found here. 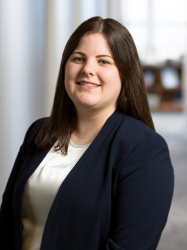