In a landmark decision on June 15, 2020, the U.S. Supreme Court delivered a major victory to Americans who are gay and/or transgender in Bostock v. Clayton County, Georgia, which was consolidated with two other cases.[1] The Court held 6-3 that the prohibition against discrimination “because of sex” under the Title VII of the Civil Rights Act, 42 USC § 2000e-2, also prohibits discrimination because of sexual orientation and gender identity.  In the Supreme Court’s words, “[j]ust as sex is necessarily a but-for cause when an employer discriminates against [gay or transgender] employees, an employer who discriminates on these grounds inescapably intends to rely on sex in its decision making.”

The cases were brought by several gay and transgender employees who were fired for being gay or transgender. Clayton County, Georgia fired Gerald Bostock after he joined a gay softball league. Altitude Express fired Donald Zarda after he mentioned being gay. R.G. & G.R. Harris Funeral Homes fired Aimee Stephens when she informed her employer that she planned to live and work as a woman after presenting as a male when she was hired.

Justice Neil Gorsuch wrote the majority opinion for the Court and was joined in the judgment and opinion by Chief Justice Roberts and Justices Kagan, Sotomayor, Ginsburg, and Breyer.  Gorsuch focused closely on the fact that “Congress adopted broad language making it illegal for an employer to rely on an employee’s sex when deciding to fire that employee.” He also focused on the fact that “an employer who fires an individual for being homosexual or transgender fires that person for traits or actions it would not have questioned in members of a different sex.”  He used a helpful hypothetical to illustrate:

Imagine an employer who has a policy of firing any employee known to be homosexual.  The employer hosts an office holiday party and invites employees to bring their spouses.  A model employee arrives and introduces a manager to Susan, the employee’s wife.  Will that employee be fired?  If the policy works as the employer intends, the answer depends entirely on whether the model employee is a man or a woman.  To be sure, that employer’s ultimate goal might be to discriminate on the basis of sexual orientation.  But to achieve that purpose the employer must, along the way, intentionally treat an employee worse based in part on that individual’s sex.

Synthesized, Gorsuch’s reasoning is as follows: if an employer intentionally terminates an employee because the employee is gay or transgender, at some point that employee’s sex has come into the equation.  Title VII does not require sex to be the sole reason for terminating an employee – just a reason.

One major question coming out of Bostock is its applicability to religious institutions and other entities that receive exceptions from certain federal employment discrimination laws.  While that was not an issue the Court addressed on its merits, Gorsuch discussed it and identified certain provisions of the law that may affect how Bostock applies to religious institutions.  They include the express statutory exception in Title VII for religious organizations, the First Amendment, and the Religious Freedom Restoration Act.  Ultimately, however, Gorsuch wrote that “how these doctrines protecting religious liberty interact with Title VII are questions for future cases.”

Bostock is one of the most high profile cases the Supreme Court heard in its recent term and its legal effects are sweeping.  Namely, it has opened the employment discrimination litigation process to millions more Americans.  Moving forward, however, lower courts will need to develop a body of case law to answer specific questions regarding discrimination against gay and transgender employees.  In so doing, at least two key questions arise.  The first regards Bostock’s intersectionality with state and local laws and ordinances prohibiting discrimination against gay and transgender individuals.  For example, the Cities of Cincinnati, Covington, and Louisville have laws protecting gay and transgender residents in employment, housing, and public accommodations.

If the answer to this second question is “yes” and courts hold that other laws prohibiting sex discrimination also prohibit sexual orientation and gender identity discrimination, Bostock’s importance will be even greater.  Discrimination does not occur in a vacuum; one can experience discrimination in housing, employment, education, and a plethora of other environments.  Expanded application of Bostock has the potential to change the landscape for millions of gay and transgender Americans and redefine how they see themselves in American society.  In other words, exclusion may finally be replaced with inclusion.

For now, employers should take practical steps to begin applying Bostock in their workplaces.  First, they should review and amend and review workplace harassment policies to include sexual orientation and gender identity-based harassment.  Second, they should amend harassment training programs to cover sexual orientation and gender identity.  Third, they should evaluate whether any policies they have may disparately affect gay and transgender employees.  In taking any of these steps, employers should work closely with legal counsel because every employer and policy is different, and the attorneys of DBL can provide such counsel. 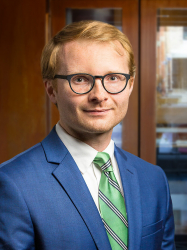