In an opinion issued on April 26, the Kentucky Court of Appeals held that a Kentucky statute which permits non-lawyers to represent employers in unemployment compensation proceedings is unconstitutional.  Although the Court of Appeals decision in the case, Nichols v. Kentucky Unemployment Insurance Commission, et al., Case No. 2017-CA-001156, is not yet final, it has major implications for employers who use non-lawyers to represent their organizations in Kentucky unemployment compensation proceedings.

Previously, Kentucky law permitted employers who sought to contest former employees’ claims for unemployment benefits to designate a non-lawyer company representative, typically a human resources officer or manager, to represent the employer’s interests in administrative unemployment hearings.  The Nichols decision, if upheld, will end that practice.  The Court of Appeals ruled to no longer permit non-attorneys to represent employers in unemployment compensation proceedings on the basis that the law which permitted this practice is an unconstitutional effort by the legislative branch to exercise the judicial branch’s exclusive authority to regulate the practice of law.

Going forward, any employer organized as a legal entity, such as a corporation or limited liability company, must now be represented by a licensed attorney in any Kentucky unemployment hearings.  A non-lawyer attempting to represent a company may be accused of the unauthorized practice of law.  In addition, based on this case, decisions in unemployment hearings where a non-lawyer is attempting to represent an organization can potentially be overturned.

One final point to note – the decision of the Court of Appeals is not yet final.  The outcome of this issue could change depending on whether an appeal is taken and a subsequent ruling from the Kentucky Supreme Court.  For now, however, employers should ensure that their organization is represented by a licensed attorney in any future unemployment hearings. 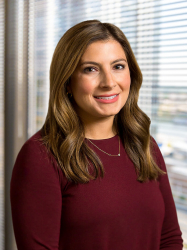