Employment arbitration agreements, which require an employer and employee to arbitrate their disputes rather than litigate them, are a common practice in the private sector, as arbitration oftentimes is far more economical than litigation. On September 27, 2018, however, the Kentucky Supreme Court issued an opinion effectively banning both private and public employers from requiring employees to agree to arbitrate as a condition of being hired or remaining employed. The decision makes Kentucky the first state in the nation to prohibit employers’ use of mandatory arbitration agreements as a condition of employment.

In Northern Kentucky Area Development District v. Snyder, the Kentucky Supreme Court held in a unanimous opinion that the Federal Arbitration Act (“FAA”) does not preempt KRS § 336.700(2), a Kentucky statute which bars employers from conditioning employment on a current or prospective employee’s agreement to waive any legal right. The case began when the Northern Kentucky Area Development District, a public entity funded with federal monies, discharged an employee for allegedly uncovering evidence of fraud and mismanagement. The former employee sued in Boone Circuit Court under the Kentucky Whistleblower Act and the Kentucky Wage and Hours Act claiming that NKADD had terminated her employment in retaliation for uncovering such evidence.  The NKADD denied the former employee’s allegations.

Despite having signed a clause in her employment contract conditioning continued employment on agreeing to arbitrate any disputes instead of litigate, the former employee argued that such a clause violated state and federal whistleblower laws and was therefore unenforceable. The Boone Circuit Court agreed and denied NKADD’s motion to compel arbitration.  The decision was later affirmed by the Kentucky Court of Appeals.

The Kentucky Supreme Court also affirmed, reasoning that the FAA does preempt any state law specifically regulating arbitration. However, because KRS § 336.700(2) does not single out arbitration agreements specifically, but rather bars employers from conditioning employment on an employee’s waiver of any legal right, the Court found the statute is not preempted by the FAA.  Therefore, the Court analyzed the case under Kentucky law and held that neither public nor private employers may require an employee to waive any legal right as a condition of employment, including the right to pursue a legal claim in court before a judge and jury.

Specifically, the Court found that any contract which conditions employment on the employee’s agreement to waive any legal right – including mandatory arbitration provisions which waive an employee’s right to a jury trial – is invalid. The Court succinctly stated the key holding of the decision as follows:  “KRS 336.700(2) does not prevent NKADD, any state entity, or any private entity, from agreeing to arbitration. KRS 336.700(2) simply prevents NKADD from conditioning employment on the employee’s agreement to arbitration.”  The Court did note that employees and employers may continue to voluntarily enter into arbitration agreements and that any such voluntary agreement would not violate Kentucky law.

Assuming that the case ultimately winds up before the U.S. Supreme Court, the earliest the Court could hear the case would be during its term running from October 2019 through June 2020.  In the meantime, the Kentucky General Assembly may be asked by business and industry groups to address this issue during the 2019 General Assembly.  One solution would be the outright repeal of KRS § 336.700(2).  Another alternative would be an amendment to the statute creating a carve-out which would permit mandatory arbitration provisions, while continuing to protect the other worker rights encompassed by the statute. 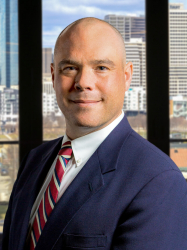