The Court struck down a law that requires people who want to sue over alleged injuries to first submit the case to an outside panel for review. Chief Justice John D. Milton wrote the unanimous decision, which found the law to be unconstitutional.  The Court stated that the mandatory review procedure delays access to the courts and therefore violates the constitutional requirement that “all courts shall be open without delay.”

The Court also upheld the right to work law passed by in the 2017 Legislative Session.  The law prevents unions from requiring all employees in a unionized workplace to pay dues.  The unions argued the law is unconstitutional because it treats union employees differently than others; that it violated a provision in the KY Constitution dealing with regulation of unions; and that is was a taking of private property without just compensation.  In upholding KY’s right to work law, the Supreme Court ruled, “In this area of economic legislation, the legislature and the executive branch make the policy, not the courts.” 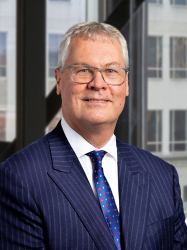