A recent federal court opinion emphasizes the importance for a contractor to comply with a contract provision requiring written and timely notice of claims.  The contract at issue was a subcontract between the General Contractor in a state highway project and the blasting subcontractor.  It required written notice of any claim for extra compensation to be given within ten days of the claim first occurring. By contract, late notice would make the claim invalid.

The court felt compelled to enforce this provision because another provision of the contract specifically stated that verbal notice would not be sufficient to comply with any notice requirement in the contract.  In this regard, it is advisable to include both provisions in a construction contract to bolster the argument for enforcing a written notice requirement.

The court was willing to take into consideration the sub’s verbal notice of its extra compensation claim, but only to a limited extent.  Oral notification had to clearly and unmistakably advise the GC of an attempt to assert a claim for extra compensation.  Mere discussion at the jobsite of construction problems was not sufficient.  Nor would the court accept the argument that the GC’s indisputable knowledge of the problem was an adequate substitute for timely written notification by the sub.

It is worth noting that the court did accept, with regard to one claim, a timely email communication as complying with the written notice requirement, even though the email was very general in nature.  On the other hand, in reviewing the parties’ verbal communications with regard to the rest of the claims, as described in their depositions, the court rejected these verbal discussions that did not clearly contain the message, “We are going to sue you.”  When a problem arises, therefore, send an email.  Do not ever rely on verbal communications or the assumption that “everyone” was aware of the problem.

The court did accept the sub’s one damages claim for which there was a timely email notice (despite its vagueness), but rejected four other claims where the “notice” consisted of fairly vague verbal communications.  Even courts which accept oral notice, despite a written notice provision, will harshly scrutinize alleged verbal notification in this age of universal emailing.  It is too simple not to use email communication whenever written notice is required by the contract.

Although this recent federal court case was decided in Colorado, the same result was reached in a 2011 construction case decided by the Kentucky Court of Appeals.  Although the GC in that case significantly increased the scope of work for the demolition sub, the sub delayed for four months in making its claim for additional compensation.  The contract required written notice within twenty days.  Both the trial court and Court of Appeals rejected the claim as untimely.  The sub ended up with no compensation for its extra work, plus a hefty legal bill for its unsuccessful lawsuit and appeal.  A simple email communication could have avoided this fiasco.

Ohio courts will also enforce timely written notice requirements.  Last year an Ohio Court of Appeals threw out multiple valid claims for additional compensation because the sub failed to comply with a 30-day written notice provision in its contract.  Again, it is worth emphasizing, a simple email communication would have provided the sub with its $110,000 in additional compensation without the time-consuming bother and wasted legal fees caused by unsuccessful litigation.

Rick Meyer is a Partner in the law firm of Dressman Benzinger LaVelle, with offices in Cincinnati, Ohio, Crestview Hills, Kentucky, and Louisville, Kentucky. 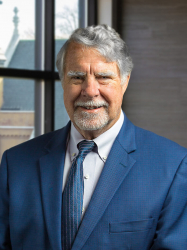