The number of direct rollovers is generally not limited between eligible retirement plans. However, federal tax laws allow for only one indirect rollover between IRAs in any 12-month period. That one year period begins on the date of distribution, rather than the date on which the assets are rolled into the other IRA. Prior to 2015, the IRS guidance indicated that the once per year limit applied to each IRA, rather than to each individual.

The IRS has provided a somewhat favorable transition rule. An IRA distribution that was made in 2014 and is indirectly rolled over to another IRA in 2014 is disregarded for purposes of the IRA owner’s ability to indirectly rollover a 2015 IRA distribution, as long as the IRA which makes the 2015 distribution is not the same IRA which made or received the indirect IRA rollover from a 2014 distribution. A distribution that is made from two different styles of IRA, for example a traditional to a Roth IRA, does not count against the 12-month limitation, but an indirect rollover between similar IRA types does count against the limit.

So what should you expect if you want to make a rollover in 2015? Again, it all depends upon the type of rollover, the timing of the distribution, as well as the type of IRA that makes the distribution and is receiving the rollover. Is there more you need to know? Call DBL.

Jim Dressman is a Partner in the law firm of Dressman Benzinger LaVelle, with offices in Cincinnati, Ohio, Crestview Hills, Kentucky, and Louisville, Kentucky. 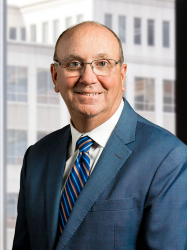